Ponderings! A message from Rev Gloria 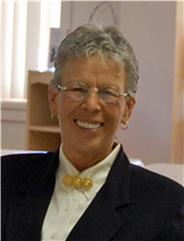 We are only a week and a half away from the mid-term elections and unfortunately it is already obvious in Arizona that some of the neighborhood polling places are going to be places of intimidation and discord. It also appears that mid-term elections have given some individuals and groups the opportunity to display and promote hatred and bigotry.

Verbal expressions of hate and bigotry can lead individuals within a group to feed off of the most negative of stereotypes and exaggerate their fears. The act of dehumanizing groups which provoke irrational fear can lead to physical actions of destruction resulting in hate crimes. According to the American Psychological Association, A hate crime is a “criminal offense against a person or property motivated in whole or in part by an offender’s bias against a race, religion, disability, sexual orientation, ethnicity, gender or gender identity.”

In Arizona, geographical areas of non-white racial citizenship and none European-Protestant Christian ethnicity are local hot spots for intimidation and hate crimes. This year, hate groups (The Southern Poverty Law Center defines a hate group “as an organization or collection of individuals that – based on its official statements or principles, the statements of its leaders, or its activities – has beliefs or practices that attack or malign an entire class of people, typically for their immutable characteristics. An organization does not need to have engaged in criminal conduct or have followed their speech with actual unlawful action to be labeled a hate group.”) have recently increased their attacks on Jewish individuals.

The dehumanization or vilification of any one person or group because of their race, religion, ethnicity, sexual orientation or gender identity – strikes at the heart of our Christian values and democratic values. It is critical that we feel empowered to interrupt intolerance when it happens in our presence. As the Anti-Defamation League says we should “call out hate when you hear it, whether it’s directed at Jewish people or, by the way, anyone else … but we need to call it out when it happens among our own, conservatives calling it out when conservatives do it, liberals calling it out when liberals do it.” I would add, people of faith calling out people of faith when we violate our own values.

There are organizations gearing up to protect voters at the most vulnerable polling stations. One such organization is Faith United to Save Democracy (FUSD). Faith United to Save Democracy is a collaboration of the Skinner Institute, National African American Clergy Network, Sojourners, Georgetown University and Center on Faith and Justice. FUSD with the support of Lawyers and Collars, is “equipping intergenerational Black, Latino, and Asian clergy together with Muslim and Jewish congregations with tools and resources to neutralize or defeat voter restrictions and suppression at the state level effectively. The campaign is a special call to white faith leaders of conscience to join the battle to ensure that no American, especially citizens of color, is denied the right to vote. The campaign will also educate clergy and multi-faith leaders on national voting rights legislation (For the People Act and John Lewis Voting Rights Advancement Act) to fully restore voting access through a robust media and social media campaign. The Faiths United to Save Democracy campaign will be focused on the Turnout Sunday/Lawyers & Collars Campaign States: AL, AZ, FL, GA, MI, NC, OH, PA, TX, and WI. “ (https://www.turnoutsunday.com/your-vote-matters).

I am a volunteer for FUSD and Lawyers & Collars. I will be stationed at an assigned voting location to serve as a Poll Chaplain during early voting and on Election Day. I will monitor behavior, record and report any behavior intimidation or threatening anyone’s voting rights and help to deescalate any form of conflict. I will work in connection with the Lawyers Committee for Civil Rights Clergy Hotline. My participation is only a small part of the solution. The greater solution rests with all of us and our willingness to support, defend and protect all people on a daily basis. If we choose to remain silent and motionless when we hear and see hatred, our silence is compliance and support for the hater.

I pray we can all exercise our Christian values above a little un-comfortableness.